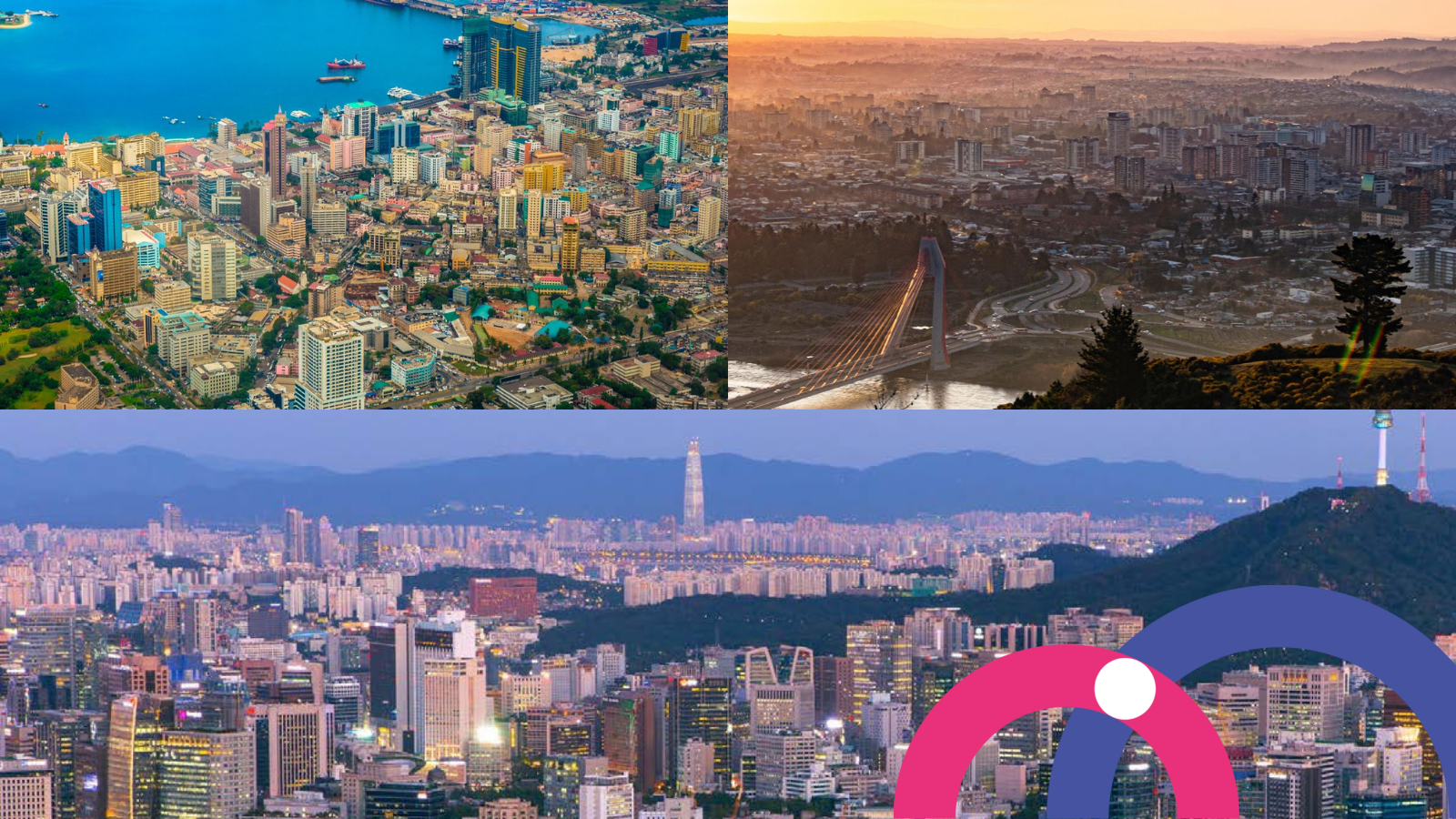 Zero waste systems aim to continuously reduce waste through source reduction, separate collection, composting, and recycling. In over 550 municipalities around the world, zero waste programs exist in a variety of economic, social, and environmental settings.

The principles of zero waste are universal, but the implementation varies from place to place, depending on local factors. However, no matter what the budget, or how big the city, each municipality can make an impact.

Different challenges and potential for cities around the world

Here are a few examples from around the world of what a zero waste strategy could look like, as outlined by the report ‘Zero waste to zero emissions’ by GAIA (Global Alliance for Incinerator Alternatives). They present a wide range of conditions and key recommendations based on their location and challenges. The one thing they have in common? There is a desire among them all to transform the way they manage waste.

For each of these cities, we illustrate two scenarios: business-as-usual, and an alternative scenario for zero waste.

Poor waste collection, lack of disposal sites, and insufficient guidelines on waste separation pose major challenges for the region. Most of the city’s waste is dumped at the only official dumpsite, which is not equipped with gas collection or other mitigation measures. The rest is disposed of onto vacant land or in waterways, and much is burned outside.

An informal group of micro-entrepreneurial waste pickers is currently driving recycling efforts in Dar es Salaam. About 1,200 waste pickers collect an average of 20 kg recyclables from houses and streets. They take the waste to the 15 informal recycling transfer stations and the official dumpsite, scattered across the city.

Nipe Fagio, a local group that builds cooperative-led zero waste systems in the city, sees great potential in the formalization of waste collection cooperatives in reducing the city’s waste and carbon footprint. For example, the contribution of the Wakusanya Taka Bonyokwa Cooperative Society helps to separately collect and divert more than 80% of the waste generated in a low-income district through composting, reuse, and recycling, reducing the waste to 10-20%.

Existing formal and informal initiatives have a critical role to play in capturing materials for recycling. By stopping the burning of waste in the open air, expanding infrastructure around waste collection, and increasing bans on single-use plastics, Dar es Salaam can already make great progress in their Road to Zero Waste.

In the Road to Zero Waste scenario, Dar es Salaam would achieve an increase in overall diversion rate from 0% to 53%. This approach would reduce annual residual waste with 59% by 2030.

The city of Seoul is home to almost 10 million people, and that comes with massive waste generation and carbon emissions. The city is the world’s thirteenth largest greenhouse gas emitter globally. Rapid industrialization and expansion since the 1970s, resulted in mass production and consumption, and kickstarted a throw-away lifestyle.

While the city has a robust collection and recycling system of food, glass, and metal, methane is not a big concern. It is the high rate of incineration, however, that is responsible for the high emissions rate. And, with a landfill ban coming into effect in 2026, the city’s plans to expand waste incineration are likely to contribute to even higher emissions.

There is little place left for new landfill sites and incinerators in this densely-populated city. As a result, Seoul ends up with a single viable solution: source reduction. While the city already has plans in place for plastic-free initiatives and carbon neutrality, it needs to combine these with incineration phase-out.

Together with expanding the ban on plastics, increasing the recycling rate to 80%, and community outreach, phasing out incineration can save over 885% of annual Greenhouse Gas emissions by 2030.

The City of Temuco in Chile is situated in one of the poorest regions in the country. A third of its population consists of Mapuche indigenous people, who have suffered numerous economic and environmental injustices over the decades. To manage Chile’s ever-growing waste streams, the government built many landfills in the area in the 90s, which led to campaigns against the contamination of indigenous lands caused by landfills and wastewater.

There is no separate collection system for the city’s recyclables or organic materials, so this is collected unsorted. Organics constitute at least 60% of the total waste stream. These materials are disposed of in the Laguna Verde landfill, about 190 km away, posing high transportation costs and carbon emissions.

Since 2019, the municipality distributed 3,600 compost bins to residents, and currently estimates the recovery of 1,576 tonnes of organic waste annually. This is just one step toward an organics’ diversion program in Temuco, but more action is needed.

If the city embraces grassroots efforts and increases the separate collection of organics, it could lead to a significant reduction in residual waste and landfill emissions, and in turn, avoid poisoning the water and land. Additional initiatives, such as setting up food banks, could help with reduction at the source.

In the Road to Zero Waste scenario, Temuco would achieve an increase in overall diversion rate from 2% to 55%, and reduce annual residual waste with 59% by 2030.

These case studies do not represent an endpoint or ultimate goal for waste management. Rather, they show a realistic potential for a waste system that is undergoing transformation. Even incompletely implemented, these strategies can have a major impact. More emissions cuts can be expected from more ambitious zero waste implementation plans.

Every city can make a change, depending on their challenges, and what they are already doing. And with the Carbon Calculator by MiZA, you can make sure to direct your efforts where they matter most.

We support European cities in their efforts by doing exactly this: comparing a business-as-usual scenario to a zero waste potential:

Try it out here

This blog post was based on the report ‘Zero waste to zero emissions’ by GAIA.