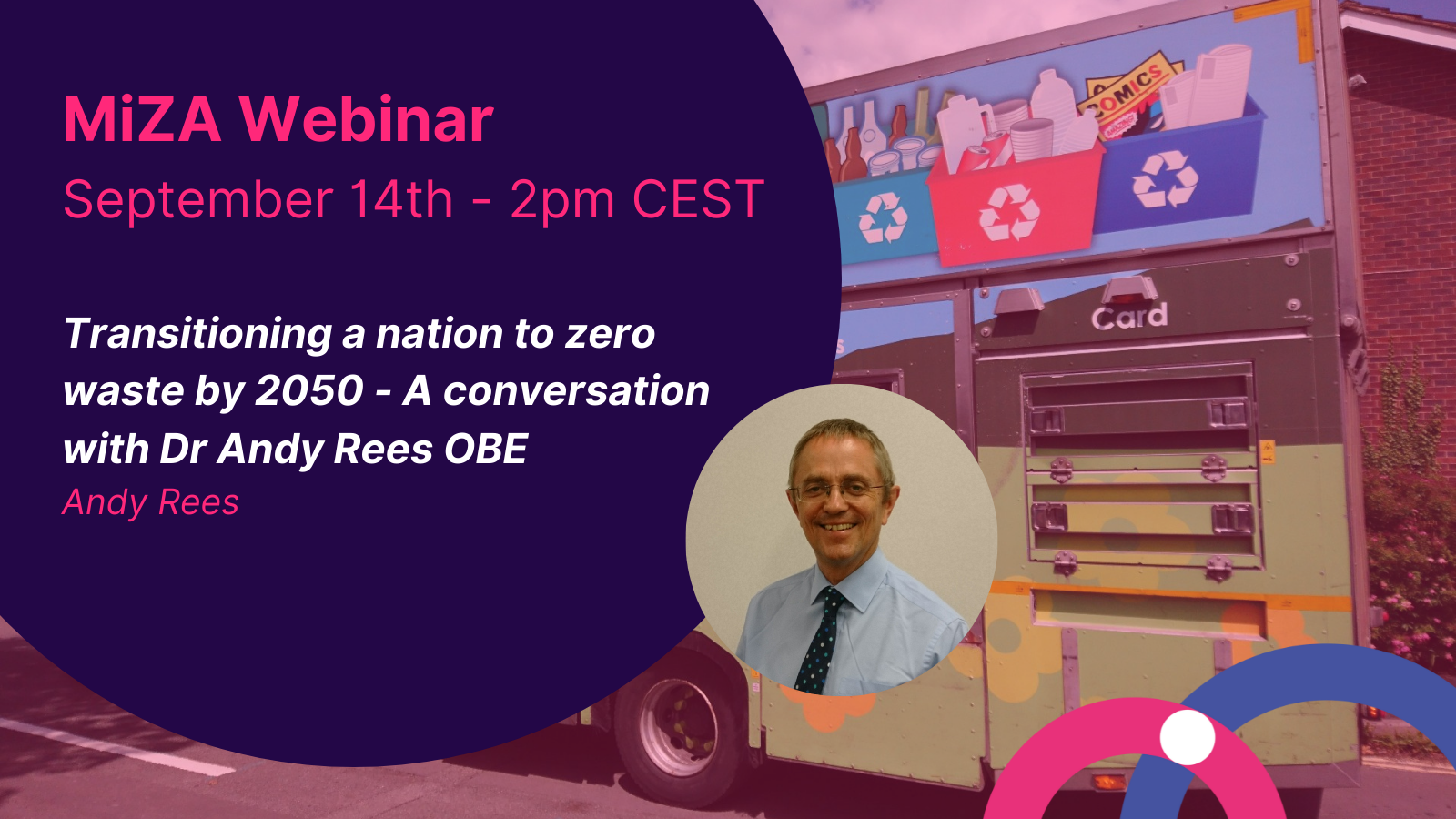 In this one-off special, we will be joined by Dr Andy Rees OBE, Head of Waste Strategy in the Welsh Government’s Resource Efficiency and Circular Economy Division.

Dr Andy Rees has played a leading role in the creation of Wales’ pioneering ‘Beyond Recycling’ strategy, which sets Wales’s ambitious goals of becoming zero waste, with net-zero carbon emissions, by the year 2050.

Over the past decade, Wales has become one of Europe’s highest-performing countries in terms of recycling. This has been based upon a door to door separate collection system that prioritises quality and community engagement, as captured in the Zero Waste Cities’ recent case study on Newport City Council.

During this one hour webinar, we will be sitting down with Andy to understand what policies and measures the Welsh government have outlined as crucial to reaching these goals by 2050. Within the discussion, we will be delving into a few specific subjects in greater detail:

Participants will get an opportunity to ask questions to Dr Rees during the webinar.