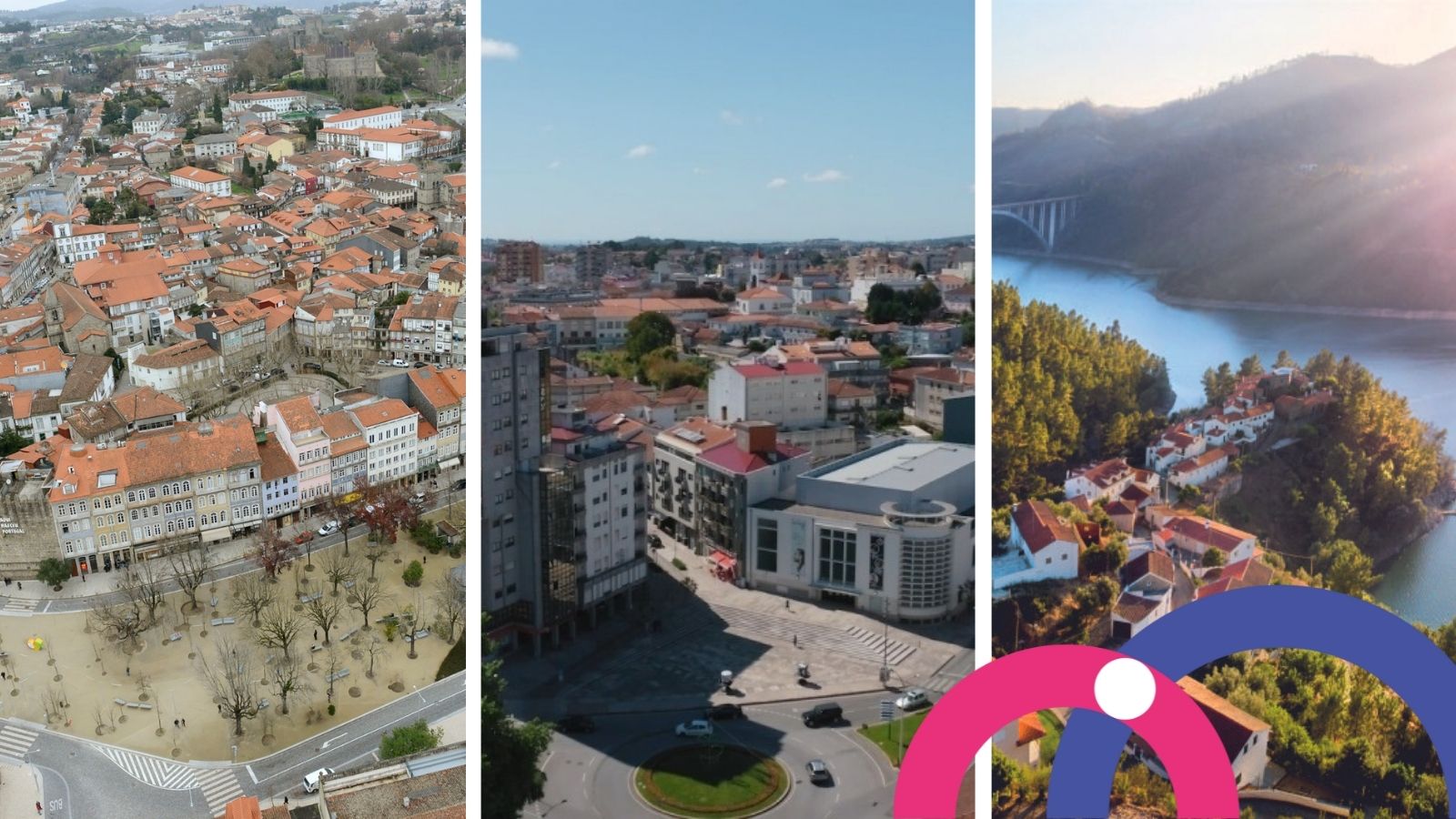 With this commitment, the municipalities aim at boosting waste prevention, reuse and a proficient separate collection system by 2030, which will make citizens responsible for waste management in their proximity but also actively engaged in recycling, while focusing on reducing bio-waste and recyclables found in the unsorted waste stream (residual waste).

The city of Guimarães, a fairly urbanised municipality with a population of 156,800 inhabitants, reached 445 kg per person per year of waste generated in 2021, accounting for a total volume of 58k tonnes generated, whereas 371 kg per capita came from the unsorted collection. The municipality’s commitment focuses on:

“I believe this commitment will be a valuable contribution to the challenges that we are facing, such as reducing pollution to zero, as well as in the areas of air quality, noise control, and sustainable use of water and soil, but it will also help strengthen our strategies for circular economy and biodiversity conservation. The ambition of Guimarães to become carbon neutral by 2030, also encouraged by its selection for the “Missão Cidades” project, needs nonetheless to ensure those ambitious goals are set in the areas of circular economy and waste management. We firmly believe that this commitment will support our goals by endorsing our vision of Guimarães as a territory with a high quality of life, being able to promote itself locally, nationwide or internationally.” said Domingos Bragança, mayor of Guimarães

São João da Madeira is a densely urbanised municipality. It has 22,162 permanent inhabitants but the population doubles when counting the daily work commuters that enter the city. The municipality generated 478 kg per capita of total municipal solid waste in 2021, a total of 10k tonnes, with 390 kg of this remaining unsorted and therefore not recovered.

Jorge Vultos Sequeira, mayor of de São João da Madeira, highlighted “the environmental agenda is among our top priorities of our municipality, which keeps working to achieve a more sustainable future for the sake of both people and nature, focusing on the respect for human beings, ecosystems and biodiversity. We believe that the Zero Waste commitment is a backbone in this process, since it conveys our determination to materialise some ambitious environmental goals in our municipality, namely transforming São João da Madeira into a greener city, lowering our environmental footprint, and becoming carbon neutral by 2030, in accordance with the municipal Plan for Energy Transition”.

On the contrary, Vila de Rei, is a small town of 3,276 inhabitants, located in a rural region of central Portugal, where the total waste production reached 377 kg per person and year, for a total of 1.234 tonnes (2021), 293 kg of which was unsorted and not recovered..

The commitment of Vila de Rei for 2030 focuses on:

Ricardo Aires, mayor of Vila de Rei, outlined “the implementation of the project “Reduce to create more value” (in Portuguese “Reduzir para criar mais valor”), in the framework of the Zero Waste certification from ZWE, showcases our commitment towards sustainability for 2030. In that context, it will foster solutions for a more circular economy based on reduction, reuse, recovery and valorisation of waste, by optimising resources as much as possible and by adopting the best practices available.”

In addition, these three municipalities will promote both domestic and community composting, while fostering local waste prevention and reuse-focused activities.

The Zero Waste Cities Certification is a robust third-party certification standard for cities in Europe wanting to accelerate their zero waste transition and circular economy implementation at the local level. The Certification is based on over 10 years of professional expertise and experience on the ground performed by Zero Waste Europe, which, thanks to its Zero Waste Cities programme and its member’s network, has been engaging and supporting over the years more than 400 European municipalities.

Kaisa Karjalainen, Mission Zero Academy’s Manager said: ‘’The leadership and ambition shown by Guimarães, São João de Madeira and Vila de Rei to transform their resources and waste management is very inspiring. We are thrilled to welcome them to our growing family of Zero Waste Candidate Cities and look forward to supporting them on their certification journey. It is great to expand our reach and have the first frontrunner municipalities from Portugal – and are sure this is just the beginning.’’

Guimarães, São João da Madeira and Vila de Rei’s commitments will help Portugal to reach its 2025 recycling and reuse targets of 55%, a great contribution to an ongoing European movement toward circular economy implementation.

Europe is facing a crossroads regarding the management, treatment, and trading of waste. In 2020, the EU shipped 32.7 million tonnes of waste to other nations for …

Reducing methane emissions in the fight against climate change

At least 30% of today’s global warming is driven by methane emissions from human actions. According to the Intergovernmental Panel on Climate Change (IPCC), human-induced climate change …