The City of Kiel becomes a Zero Waste Candidate City 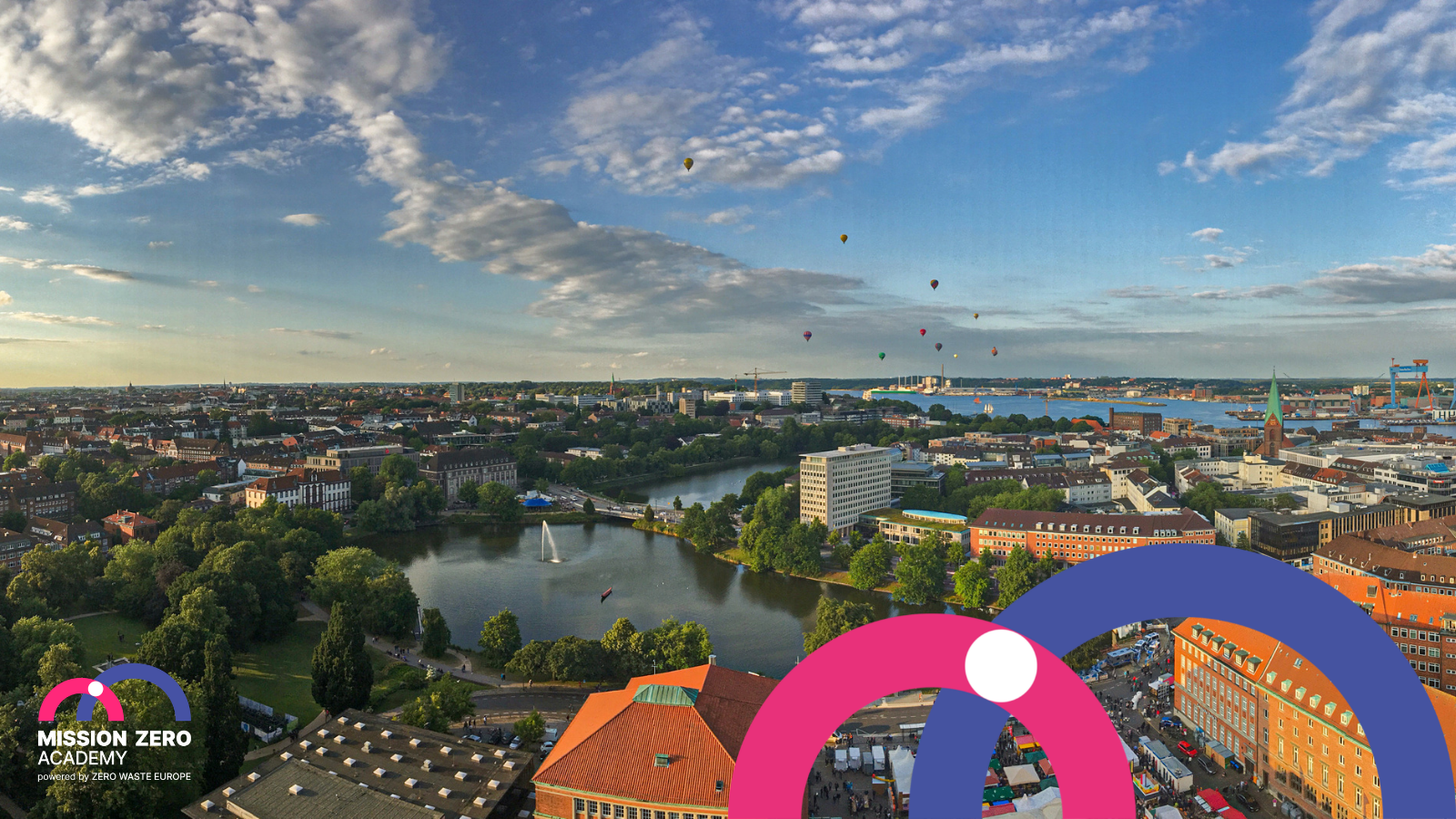 Kiel has become the first Zero Waste Candidate City in Germany and is one of two Candidate Cities in Europe after piloting the Zero Waste Cities Certification system, powered by the non-governmental organisation Mission Zero Academy (MiZA).

After working with MiZA, the Zero Waste Kiel association and their partner organisation Zero Waste Europe to help test and pilot the newly designed Certification, the City of Kiel passed a landmark vote of the Kiel council in November 2020 confirming their zero waste commitment.

Doris Grondke, head of the Kiel department for urban development, building and environment is proud of Kiel reaching this first level of the certification and says:

Since the beginning, Kiel has done a remarkable job in assessing its current situation, researching replicable global best practice examples and finding the most suitable solutions for its community to adopt in its transition towards zero waste implementation.

In particular, enacting a detailed-oriented approach in terms of planning, community engagement and commitment, Kiel has reached impressive results, which led to the successful presentation of its long-term zero waste plan and the winning, together with the Wuppertal Institute and the local Zero Waste Kiel nonprofit association, of the Hans Sauer Award 2021, in the Strategies category for the jointly created Zero Waste Strategy for Kiel.

As a matter of fact, in order to become a Zero Waste Candidate City, the City of Kiel held six community stakeholder workshops in 2019 and 2020 with 450 Kiel inhabitants attending these events that resulted in 664 new ideas for potential zero waste measures identified.
As a result, Kiel has developed a very impressive zero waste strategy, mapping out its journey to ambitious resource management.
Beneath its two main goals, it includes both a total of 107 zero waste measures and 18 sector-specific goals for the sectors waste management, public administration, educational institutions, households as well as industry, retails and events.

“I would like to thank the team in Kiel for the energy and detail they have put in. They provided very detailed feedback and opened up their processes and thinking, which definitely made a difference during the pilot phase of the Zero Waste Cities Certification. I am also impressed by the very thorough background work done so far to get the commitment and their zero waste plan to where it is today. We are confident the results will be great.”

The Zero Waste Cities Certification is an independent, third party assessed certification standard, based on over 10 years of expertise and close contact collaborations with more than 400 European Municipalities, which have committed to zero waste principles and circular economy implementation.

The Certification has been formalized in 2020 – 2021 including a piloting phase of six months with several municipalities of various sizes, geographies and contexts; as well as local NGOs working with municipalities on their transition towards zero waste.
The pilot and testing phase was introduced to ensure that the certification system is relevant and beneficial for any municipality within Europe, while also maintaining the high standards that underpin the vision of zero waste and result in long-lasting impact.

The City of Kiel will aim to be amongst the first-ever Zero Waste Certified Cities once it has passed an independent audit at a later date.

Kiel’s Candidate status marks a significant step towards the creation of a more sustainable resource management system and is an important contribution to the European transition to a circular economy implementation.

Would you like to join our programme? Discover how to become one of the first Certified Cities in Europe!

Munich on the way to becoming a Zero Waste Certified City

Creating a circular brand: interview with Okay When

For organisations and entities, a brand functions as a calling card. Your audience needs to be immediately captured and intrigued by your visual identity, and your brand …

Creating a circular brand: interview with Okay When Read More »

We use cookies to ensure that we give you the best experience on our website. If you continue to use this site we will assume that you are happy with it.
Privacy PolicyACCEPT
Manage consent

This website uses cookies to improve your experience while you navigate through the website. Out of these, the cookies that are categorized as necessary are stored on your browser as they are essential for the working of basic functionalities of the website. We also use third-party cookies that help us analyze and understand how you use this website. These cookies will be stored in your browser only with your consent. You also have the option to opt-out of these cookies. But opting out of some of these cookies may affect your browsing experience.
Necessary Always Enabled

Performance cookies are used to understand and analyze the key performance indexes of the website which helps in delivering a better user experience for the visitors.

Analytical cookies are used to understand how visitors interact with the website. These cookies help provide information on metrics the number of visitors, bounce rate, traffic source, etc.

Advertisement cookies are used to provide visitors with relevant ads and marketing campaigns. These cookies track visitors across websites and collect information to provide customized ads.

Other uncategorized cookies are those that are being analyzed and have not been classified into a category as yet.

SAVE & ACCEPT
Scroll to Top