Munich on the way to becoming a Zero Waste Certified City

By Carina Koop and Günther Langer 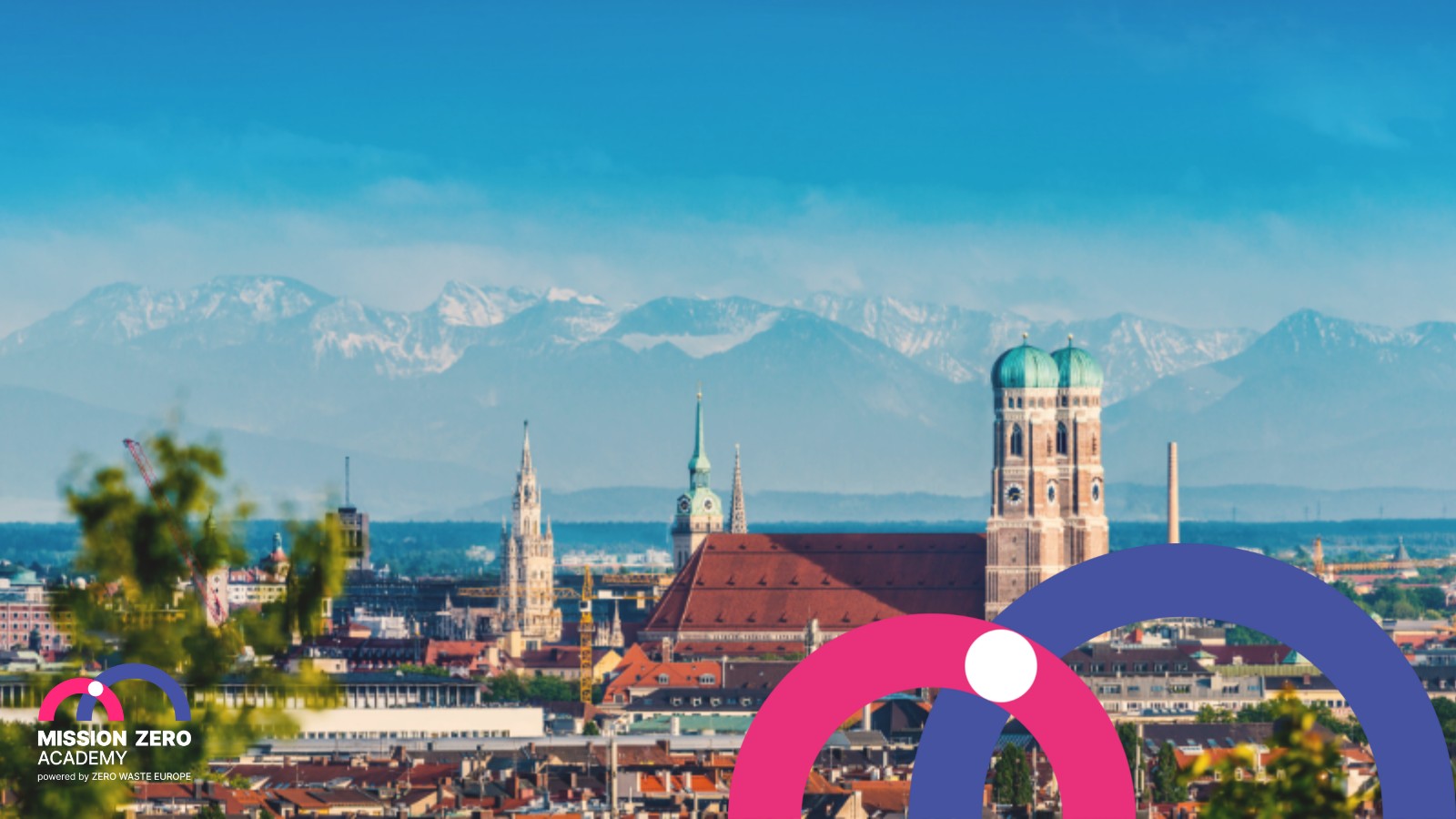 On 2nd July 2020 – six months after a city council hearing on its Circular Economy plan – the municipal committee of the Munich City Council made the important decision to pass its “Circular Munich – Circular Economy for a Sustainable Munich” draft resolution.

The draft resolution shows how the city of Munich can develop a zero waste concept and strategy to implement a truly circular economy. The resolution coordinates and builds on the ideas of various city council motions and reports regarding the state of affairs of the Circular Economy in Europe and Germany.

In order to achieve this significant milestone, the City Council commissioned its waste management company, Abfallwirtschaftsbetrieb München (AWM), to develop the first steps of the city’s Zero Waste and Circular Economy Strategy. In particular, the zero waste concept is to be developed in close cooperation with all municipal departments, institutions, organisations, and civil society. Its main goal is to preserve all available resources, for example, through responsible consumption, sustainable production, reuse and recycling of products and materials. As a result, the City of Munich will be consuming less energy and resources whilst emitting fewer greenhouse gases.

The Wuppertal Institute, together with Rehab Republic, Stakeholder Reporting and Prognos, are developing Munich’s zero waste concept on behalf of AWM. The action plan, which should be finished by Spring 2022, will include best practice examples and innovative ideas on zero waste. The zero waste concept, implemented together with residents, will serve as the basis for Munich’s Zero Waste City Certification. Between April and July 2021, four dedicated workshops will be organised, bringing together key Munich stakeholders from civil society groups, educational institutions, municipal administration and policy staff members, companies, as well from certain local trade and event businesses.
The project has been divided into five pillars:

The status quo analysis established a baseline for Munich to start its efforts towards becoming a Zero Waste City. In 2019, the amount of municipal solid waste (MSW) in Munich was 719,477 tonnes, or 454 kg (per capita). MSW in Munich can be divided into five main categories:
● Residual waste (general waste from households and businesses that’s not separated for recycling);
● Household recyclables;
● Other recycled waste;
● Other waste (commercial / construction);
● Bulky waste.
Residual waste makes up the largest amount of MSW (42%), followed by household recyclables with 35%. Munich’s total recycling rate for 2019 was 53%, below the Bavarian total of 67.3%, according to the calculation method used in Bavaria. Therefore, one of the aims of the city’s zero waste concept is to show how this waste stream can be reduced.

Furthermore, Munich carried out residual waste analyses in 2007 and 2016, with results showing that over 70% of its residual waste consists of recyclable materials, while the largest fraction of residual waste in terms of volume is organic waste. This further proves that there’s a significant and immediate potential for improvements when it comes to reducing residual waste in the city.

The status quo analysis identified a total of 144 existing zero waste measures in Munich. These city-based activities included campaigns such as “Plastic out of the organic waste bin”, as well as zero waste regular tables or round tables with retailers. A large number of zero waste-related measures are already being implemented by the AWM and City of Munich, while several others are led by civil society entities and local businesses.
Some of the most successful measures include:
● The globally acclaimed single-use plastic ban for the Oktoberfest event, which was first introduced in 1991;
● The municipal-led second-hand store “Halle 2”, which won the EUROCITIES Circular Economy Award in 2017;
● The consultancy programme “Ökoprofit”, focusing on waste prevention within local companies;
● The creation of 12 modern recycling centres handling 30 different types of waste and recyclable materials.
These measures serve as a complement to the many communication and awareness-raising activities on the promotion of waste reduction and prevention in Munich.

With its plan to become a Zero Waste Certified City, Munich is pursuing a vision that, naturally, cannot be achieved overnight. Early involvement and regular dialogue with key stakeholders throughout the project should ensure the development of a creative concept and a smooth implementation phase.
In addition, four workshops are being organised to develop ideas together with the citizens of Munich. Each workshop is aimed at different sectors in order to develop a common concept for the entire city. The high participation rate of these workshops so far shows a clear interest in, and commitment to, zero waste principles and activities by the citizens of Munich.

Another noteworthy achievement was the launch of the Zero Waste online platform in 2020. This website is a one-stop shop for citizens and individuals on key activities, policy topics, places, information and dates on the topic of zero waste in Munich.

Munich has also created a dedicated Zero Waste Advisory Board, comprised of key stakeholders from all over the city, to assist the implementation of its Zero Waste Concept.
As part of its core responsibilities, the Advisory Board will host a prioritisation workshop to evaluate the takeaways from the stakeholder consultation events, and use them to create the catalogue of objectives of measures foreseen on Phase 3 of this certification preparatory process.

Munich’s Zero Waste Concept should be finalised by May 2022, and subsequently presented to the City Council for a vote. If approved by City officials, Munich will then submit its application to become a Zero Waste Certified City with the Mission Zero Academy.