The untapped potential of bio-waste in Europe 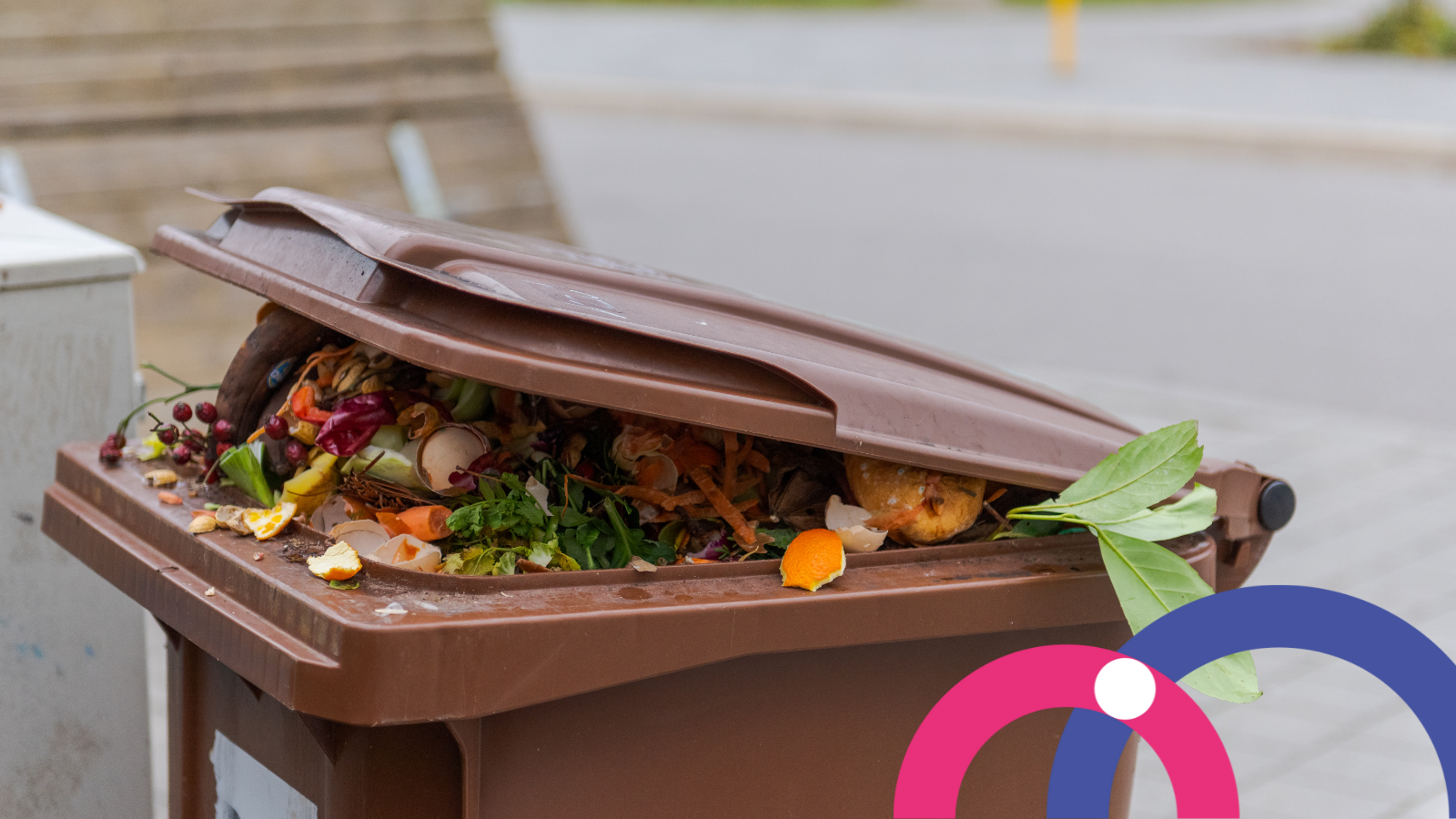 The collection and recycling of bio-waste is key in the development of a sustainable society. After all, we’ll always produce some sort of organic waste, such as food or garden waste. When dumped in landfills, this type of waste decomposes and causes the production of methane, a potent greenhouse gas. However, only 16% of EU’s food waste is currently collected and recycled into a useful product, like organic fertilizer.

Let’s explore the potential of increased collection and recycling of organic waste, and why and how proper management of bio-waste streams can greatly contribute to a circular economy.

The majority of bio-waste generated by households and restaurants consists of organic materials that produce carbon dioxide, water, methane, or other organic molecules. Examples of organic waste include food waste and garden waste.

Food waste can occur for a lot of reasons: bad weather, processing problems, and overproduction can lead to losses before it even makes it to the supermarket, while overbuying, bad planning, overpackaging, and unclear information about what you can and can’t recycle can all contribute to food waste in stores, restaurants, and households. Garden waste refers to plant matter from gardening activities, such as cutting the lawn and removing weeds.

How to recycle bio-waste?

When landfilled, food waste and green waste attract microorganisms, kickstarting the decomposition process. This process generates methane, a powerful greenhouse gas. To mitigate these emissions and those from incinerating waste, one of the most important first steps is to separate it from other waste streams.

By separating organic waste, we can reduce unnecessary landfilling and incineration, allowing it to be recycled through composting or anaerobic digestion. In some parts of Europe, such as in the highly populated city of Milan, a large percentage of food waste from households and restaurants is already effectively separated, either by separate curbside collection or by waste sorting after collection. Once collected, the biodegradable waste is taken to a local authority municipal waste site or a specialist waste management facility to be turned into fertilizer or biogas.

When managed properly, bio-waste can be turned into nutrient-rich fertilizer, for which there is an ever-increasing market. Besides, it is possible to turn the natural gases that are formed during the fermentation of bio-waste into biogas. This is a renewable fuel that can be used to generate energy and heat.

The benefits of recycling bio-waste

The lack of oxygen in landfills results in the anaerobic decomposition of organic waste, which produces methane. Methane is a 20 times more potent greenhouse gas than carbon dioxide when released into the atmosphere. Recycling organic materials reduces greenhouse gas emissions while conserving natural resources.

Likewise, when waste is incinerated, almost all of it emits carbon dioxide. A large part of the waste to fuel waste-to-energy plants is biomass, such as food waste and paper. It is often claimed that biomass is carbon-neutral. The truth is, however, that this practice emits harmful greenhouse gases just as any other fossil fuel.

Besides avoiding greenhouse gas emissions from landfilling and incineration, another major benefit of proper bio-waste management would be the production of high-quality compost and biogas. This can contribute to better soil quality and resource efficiency, as well as increased energy self-sufficiency.

Good quality compost can be used for a wide range of different applications, including agriculture and local parks. Some local authorities even provide this for a low charge, or even for free.

Bio-waste management has considerable potential for expansion, which will have a positive impact on the job market. This is particularly relevant in areas of high unemployment, like in rural areas and areas where collection and recycling rates are currently low.

Separating bio-waste from residual waste in the collection stage enables increased recycling rates of other waste materials. Recyclables like plastics, glass, paper, and metals are not contaminated as much by food scraps, making them of higher quality, easier to recycle and retain more value when recycled.

Using the full potential of bio-waste

Of course, it isn’t possible to capture and recycle 100% of all organic waste. There will always be a margin that might be accidentally sorted wrongly (for example, food still attached to packaging). While this can be addressed with good communication, additional drop-off sites, and even promoting home composting, shortfalls must be accepted to some extent.

By taking into account the percentage of the population living in cities, suburbs and rural areas, current recycling and capture rates, and existing well-functioning schemes, a realistic target for separately collecting bio-waste can be set at 85%.

The current recycling rate of bio-waste in Europe is still a long way off. However, the potential is there, and it is up to governments and municipalities to scale their efforts in the near future. After all, the EU’s deadline to make biowaste collection mandatory for all member states by the end of 2023, is quickly approaching.

Milan provides an excellent example of how residential food waste can be collected. With a population of nearly two million people, Milan is the second-largest city in Italy. After implementing a comprehensive program for separate food waste collection, it is one of the best examples of separate waste collection in European big cities. In 2019, 110 kg of food waste was collected per person, compared to an average of 18 kg in the rest of the EU.

The story of Milan shows that other cities across Europe can follow in its footsteps, even under challenging conditions, as the EU deadline for collecting biowaste separately approaches soon. It illustrates both the possibility of a high collection rate in densely populated cities with a well-designed waste management plan and the benefits of focusing on food waste within the waste management system as a whole.

This article is based on the report ‘Bio-waste generation in the EU: Current capture levels and future potential’ by Zero Waste Europe.