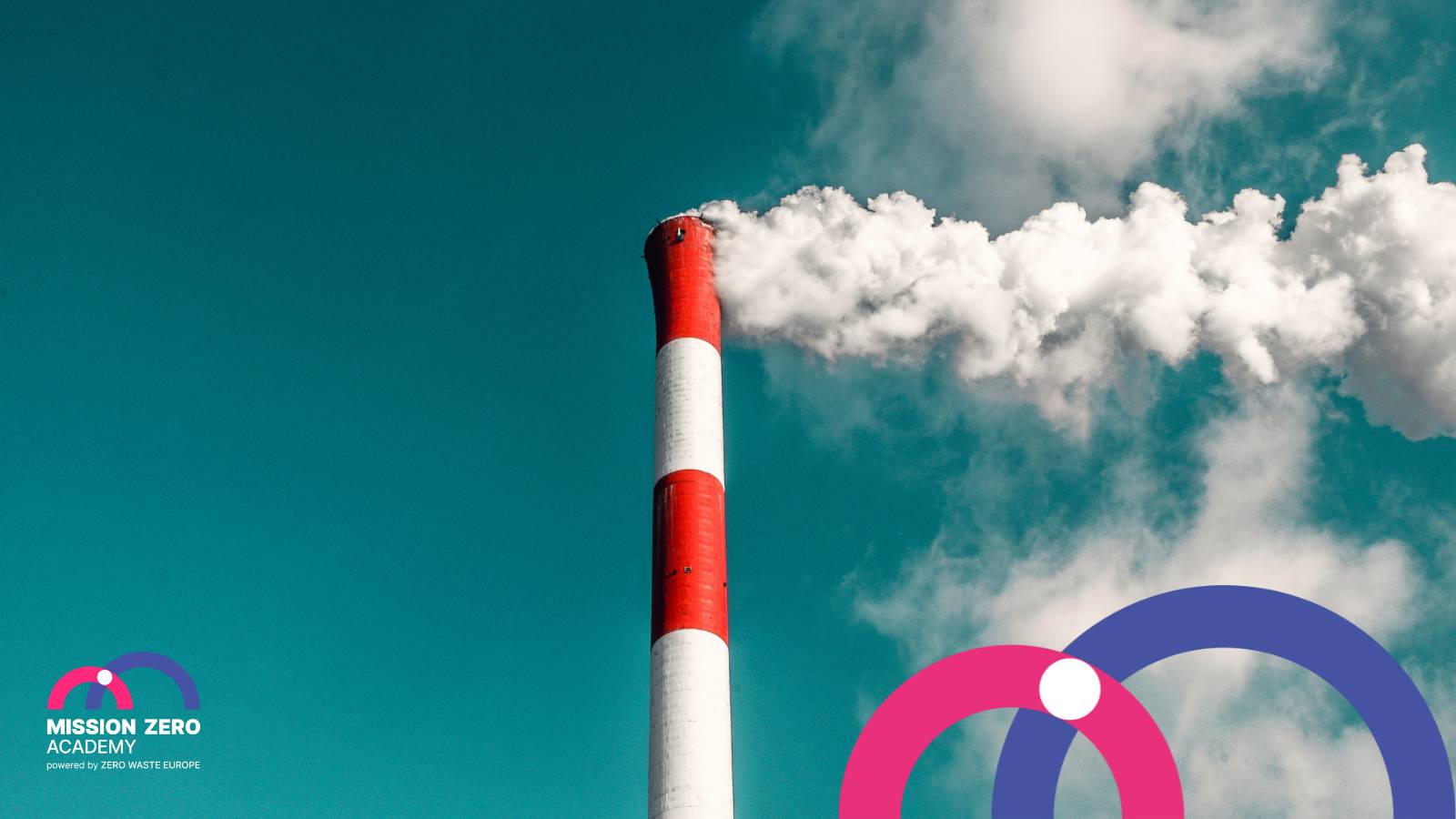 Ahead of COP26 earlier this year, the European Union made a series of climate change proposals to reach its goal of becoming carbon-neutral by 2050. Part of the strategy to achieve this is the EU Emissions Trading System (ETS). Although the scope of the ETS was widened, emissions from Municipal Solid Waste Incineration are still not included in the European Commission proposal for the reform of the EU ETS, despite this sector emitting over 95 million tonnes of CO2 in 2018. If this proposal is adopted, it would slow the implementation of efficient solutions for waste prevention and cleaner energy in the fight against climate change.

What is an Emissions Trading System?

An ETS is a ‘cap and trade’ system in which a limit on the total amount of certain greenhouse gas emissions is set and reduced over time so that total emissions fall. Within the cap, governmental bodies buy and receive emissions allowances which they can trade with one another. Greenhouse gas emissions of the facilities are tracked, and the ability to manage these within limits is either rewarded or penalized. If emitters reach their limit, they must either cut back on their emissions or buy a permit from another emitter, who must then cut back.

This system allows for a transition time in which countries can make changes in, for example, legislation and waste policies to reduce emissions. Since its introduction in 2005, emissions from the European ETS sectors have been cut by around 43%.

Municipal Solid Waste Incinerators (MSWI) burn municipal or similar waste for energy. Currently, the inclusion  of  MSW incinerators in the ETS is entirely voluntary, despite a 300 per cent increase in MSW emissions over the past decade. This means that MSW incinerators are not subject to the ‘polluter pays’ principle, which results in an unpaid cost to society of around €1.3 billion per year.

To date, only two countries (Denmark and Sweden) have voluntarily included MSWI facilities. One reason that is often stated to exclude these facilities is that waste-to-energy provides a supposed solution to our growing waste problem while generating energy that is not derived from fossil fuels, such as coal.

This is, however, an overly simplistic view of this sector. In actual fact, in municipal incinerators, plastics make up a substantial portion of the waste. Plastic developed from petroleum is a fossil fuel with a proven record of contributing to climate change. Moreover, the electricity produced by MSW plants is more carbon-intensive than electricity generated through the conventional use of fossil fuels such as gas, which renders the reasons for not including these emissions in the ETS irrelevant.

Over 500 Municipal Solid Waste Incineration plants exist in Europe today, and more are planned or under construction. This means that CO2 emissions in this sector will continue to increase if appropriate policies are not in place or municipalities do not take action to limit them.

Benefits of including MSWI emissions in the European ETS

All sources of greenhouse gas emissions must be addressed if the EU is to achieve climate neutrality by 2050. A study by CE Delft requested by Zero Waste Europe shows that including incineration under the EU ETS would act as an incentive for waste prevention and recycling. By making these other waste prevention initiatives more competitive than incineration, the additional costs for these greener solutions will be offset in the long run. Since recycling is a labour-intensive process, it also has the potential to open up over 14,000 jobs by 2030.

Even if MSWI is not (yet) included in the ETS, municipalities can already do their part to reduce emissions and transition to become carbon-neutral. By calculating the greenhouse gas emissions impacts from current and future waste policies, cities can prepare for the inevitable transition to increased legislation around carbon emissions, and accelerate their circular economy transition and zero waste implementation.

Municipalities can already prepare for the inevitable transition to increased legislation around carbon emissions.

GHG emissions are widely used to measure climate impact. They help bring the environmental aspect to the discussion alongside the social and economic implications when assessing the effects on communities. The MiZA Carbon Calculator is an easy-to-use excel-based software tailored for European Municipalities, with a unique focus on the root solutions of reducing waste emissions: prevention and reuse. The Calculator provides insightful data that will help make informed policy decisions and boost zero waste implementation in just a few steps.

By taking a closer look at the emissions of Municipal Solid Waste Incineration, instead of treating it as a quick fix to our waste problem, municipalities can take the lead in prioritizing the root solutions to reducing GHG emissions: increasing the responsibility of businesses and governments in the fight against climate change, by preventing waste instead of burning it.

An introduction guide to zero waste for municipalities

Waste is one of the biggest problems of our time. Every year, the world generates 2.01 billion tonnes of municipal solid waste, and this shows no sign …

An introduction guide to zero waste for municipalities Read More »

Why separate collection of biowaste is fundamental for a circular economy

Biowaste, also known as biodegradable waste, can be used as fuel to generate electricity and as compost for the agricultural sector. Even so, only 16% of biowaste …

A burning issue: why waste-to-energy incineration is not a sustainable solution to reducing emissions

A burning issue: why waste-to-energy incineration is not a sustainable solution to reducing emissions Read More »

We use cookies to ensure that we give you the best experience on our website. If you continue to use this site we will assume that you are happy with it.
Privacy PolicyACCEPT
Manage consent

This website uses cookies to improve your experience while you navigate through the website. Out of these, the cookies that are categorized as necessary are stored on your browser as they are essential for the working of basic functionalities of the website. We also use third-party cookies that help us analyze and understand how you use this website. These cookies will be stored in your browser only with your consent. You also have the option to opt-out of these cookies. But opting out of some of these cookies may affect your browsing experience.
Necessary Always Enabled

Performance cookies are used to understand and analyze the key performance indexes of the website which helps in delivering a better user experience for the visitors.

Analytical cookies are used to understand how visitors interact with the website. These cookies help provide information on metrics the number of visitors, bounce rate, traffic source, etc.

Advertisement cookies are used to provide visitors with relevant ads and marketing campaigns. These cookies track visitors across websites and collect information to provide customized ads.

Other uncategorized cookies are those that are being analyzed and have not been classified into a category as yet.

SAVE & ACCEPT
Scroll to Top